John Carter and his Band XII

I AM SUPPORTING JOHN CARTER and his work with - XII .
JOHN CARTER - Bass player and 'Fields Of The Nephilim - Mourning Sun' co-writer,

playing All Bass, Drums and Guitars on Mouning Sun Album !

JOHN CARTER began in 1991 - with Carl McCoy & 'Nefilim' & at various times
through to Jan' 2002 , he became full-time member of Fields Of The Nephilim for 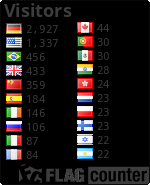